We have discovered the source of the leak (which I wrote about last week). We thought perhaps it was the water tank, but then when we hooked up at a park and fed the water directly into the RV, it didn’t get better. In the silence of a night in the woods, we could hear the almost imperceptible drip-drip-dripping under the kitchen sink. (And if you’ve ever doubted how much water can be leaked with a steady drip, one step on our soggy carpet would have fixed that for you.)

We have also discovered that using the hot water heater is causing a problem — something about the pressure valve causing IT to leak. So, no hot water. Good thing we’re not running a restaurant out of this thing, as there’s been a whole lot of “washing” dishes and utensils by doing a quick wipe down with paper towels. (Yes, my tendency towards rigid environmental stewardship is being severely challenged.)

Because of the leak under the sink, we had been minimizing its use, until we noticed there was actually water UNDER the RV at the campground. Another leak? Dennis got under the vehicle only to discover that we had an even bigger issue there: the PVC pipe attached to the grey water tank did not have a leak — it had actually completely broken. (At this point, it was important for me to be grateful for two things: A) that my husband, while not technically a handy-man, is smart and curious and resourceful enough to figure shit out; and B) the broken pipe was part of the grey water system (kitchen sink department) and not the black water system (bathroom department). 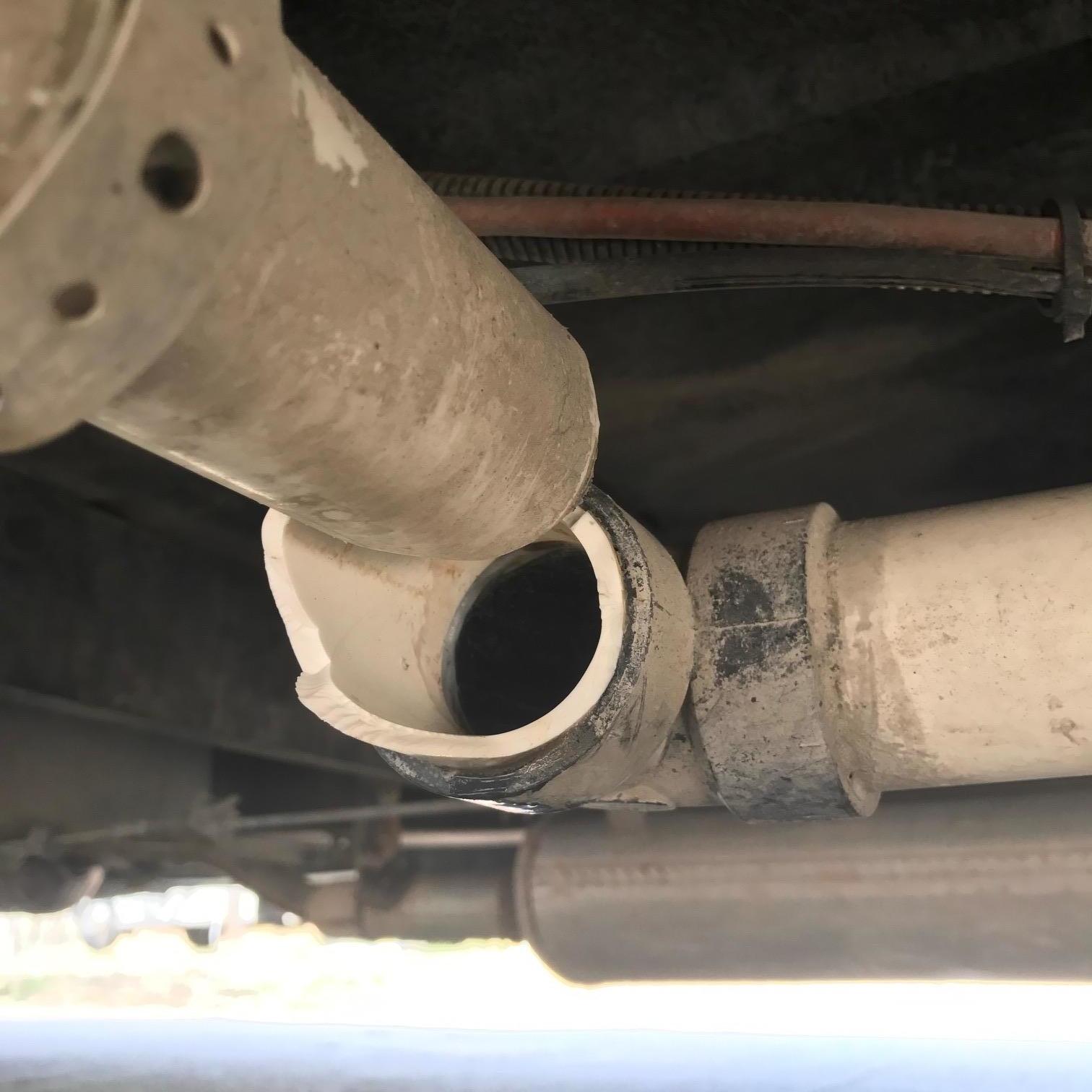 So. We clearly need to just stop using the kitchen sink entirely until we get home. No biggie. It’s not like we’re cooking four course meals in here. Except now the light in the bathroom will not stay on. No matter how many times I try to get it in the exact right position, it refuses to cooperate. And trust me, I continue to try and make it stay on, in spite of my poor results.

It is the bathroom light that breaks me. And I have not even checked in with the news (it is easy, for good and for bad, to live in a bubble when you are on the road, when your days consist of driving, setting up, playing, breaking down, and more driving), so the shadow of all that is going on in Syria has not yet hit me. But when I finally do get on my phone to read the New York Times, and see all that is happening in the world, all I can really think is that I have ZERO right to be having a meltdown. When there is so much inexplicable violence towards innocent people, not having your 22 year old RV be in perfect working order seems like the exact definition of a first world problem.

But still. I’m worn out, and wondering if I have what it takes to do this touring musician thing, wondering if jumping back into a career that is not known for its ease of success is wise at any age, never mind at the tender age of 52. (Please don’t tell me that it’s not wise. I know by conventional standards it’s outright foolish. But by heart standards, not pursuing what you believe you were put on this earth to do is even more foolish.)

Sometimes it gets really hard to stay focused on the music. When you show up to a brand new city and the biggest percentage of the audience is the members of the three (three!!) other bands on the bill. Or when you walk into the bar the next night, and it is the likes of which I haven’t played in in over a decade: smokers hanging at the bar, quarters stacked in neat rows on the pool tables, a dude with a gut too big and pants too low, bent over the pool table (and yes, giving me a view of his hindquarters I’d really like to forget about), the light of day nowhere to be found. At least the bathroom is relatively clean. 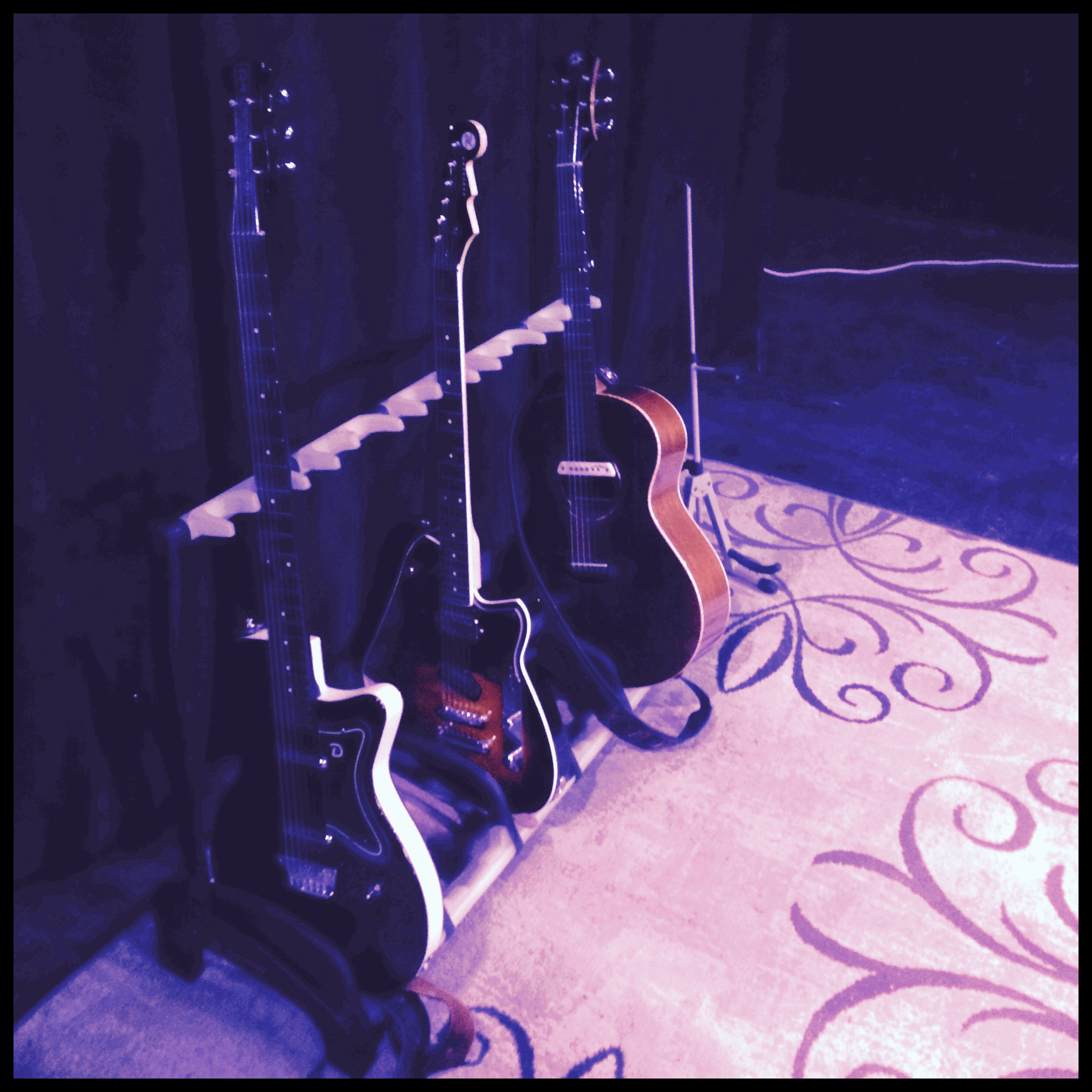 My eyes are burning from the smoke straight out of the gate. I am the woman who doesn’t sleep if she has caffeine past noon. Or MSG in her food. I am like the goddamn princess in the princess and the pea story. It pisses me off to no end that I am so sensitive, but I am. And so as we’re setting up, I’m having an internal debate with myself as to whether or not we should cut and run.

It goes something like this: “I can’t do this, I won’t be able to sing, I’ll never sleep, I’ll get sick.”

“No you won’t, just drink lots of water, flush it out of your system.”

“Is risking your health worth the money you’ll make tonight?”

“You paid for the campground already. Suck it up, buttercup. This is how it’s done.”

In the end, I decided to stay. I drank a lot of water. I fortunately was not tempted to soothe my throat with whisky, as this was one of the rare gigs that didn’t try to balance the less than stellar pay with alcohol bribes (and I’m too Scottish to pay for alcohol in a bar where I’m working).

But here’s the thing. The audience was great. They loved what we were doing. They put money in the tip jar and enthusiastically acknowledged the music we were playing for them. They danced (yes, people danced to our songs!) in between shots (the pool kind, not the booze kind), their pool cues in one hand, their cigarettes in the other hand. They told us how much they loved what we were doing and I got not one, but two hugs when we were done. Complete strangers who had no compunction about walking straight up to me and enveloping me in a warm embrace.

I know Dennis had a great time too, because he was confident and smiling and I could tell he was loving being on that stage, in spite of the smoke and the dim lights and the seen-better-days state of the bar. When we show up at a bar in an unknown city and play for people who’ve never heard a word about us, it’s a far cry from the theaters or listening rooms we’d like to be playing (and sometimes do). But like I wrote last week, our job is to open a dialogue with our audience and that is exactly what happened that night.

I did yoga at the campground in the morning, outside the RV, the sunshine seeping deep into my bones after a chilly night, my heart settling a little bit. Dennis fixed the light in the bathroom and washing dishes there is just mildly less convenient than it was in the kitchen sink. The carpet is pretty much dry. Syria is still a mess, but I am back to realizing that I have no cause for complaint, that I do, in fact, love this life on the road.

Tonight was our last show and we head home in the morning. But really, I just want to stay out here, keep going, keep driving, keep singing our songs. Life is funny that way. 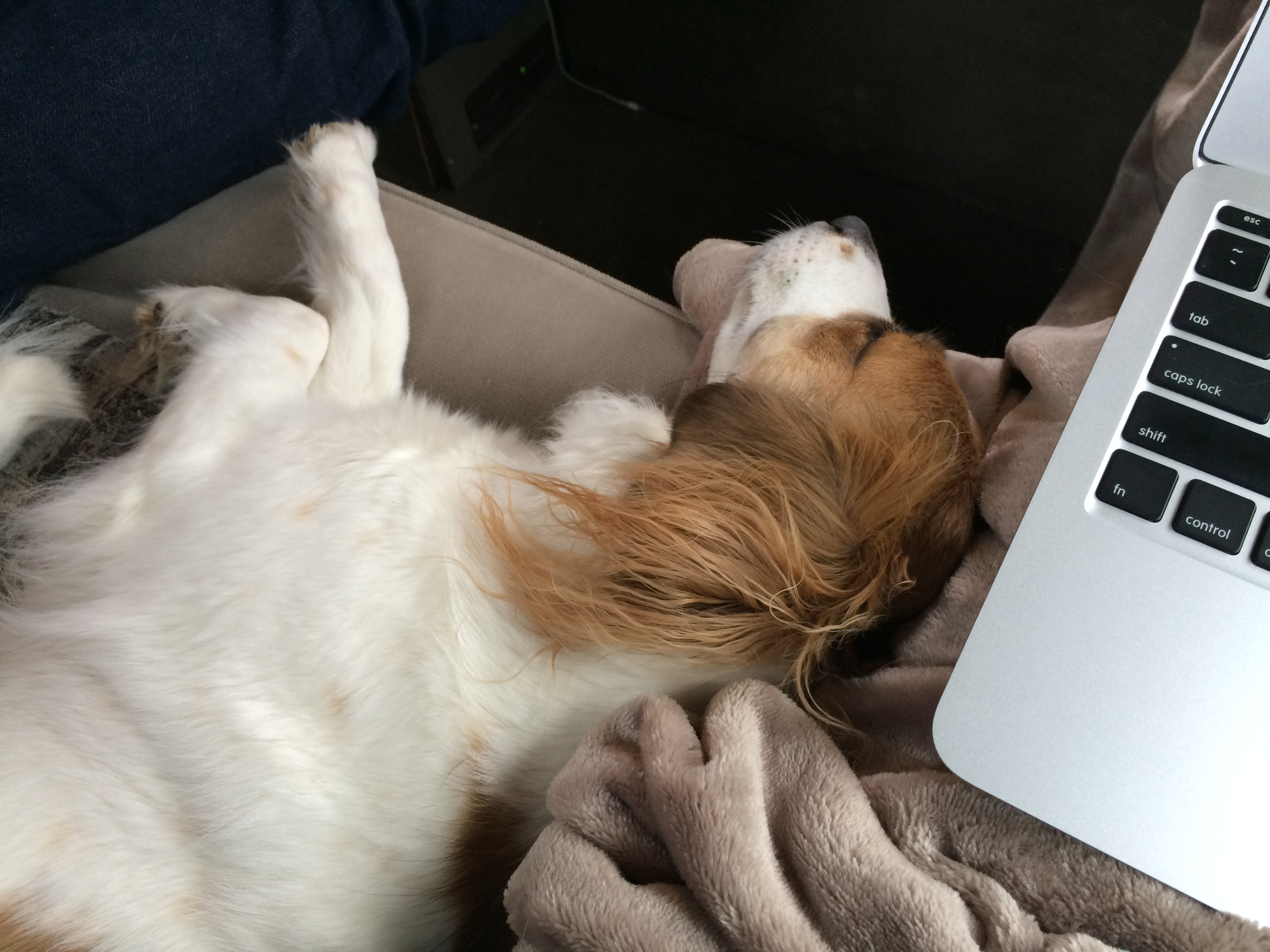